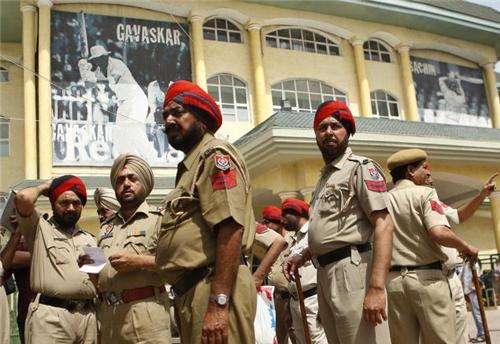 Senior Superintendent of Police in Ajitgarh

However, it is the police stations, which play the main role in checking crime and keeping the citizens safe.  In case of any emergency, it is mandatory that one should first contact the Police Station under whose jurisdiction the incident has occurred and register an FIR or a Diary as the case may be. In general FIR is registered whenever the complaint discloses a cognizable offence. Otherwise only a general diary is made.

It may not be out of place to add that in case of an FIR the information is entered into a register whose Performa is as Performa no - 24.5 ( I ) of Punjab Police Rule and it is the right of the complainant to get one copy of FIR free of cost. Contrarily, in case of a General Diary, the Officer on duty enters the substance in a general diary kept at the police station and handover the copy of the same to the compliant.

To help non resident Indians, the government of Punjab has opened a special cell in Ajitgarh. One can always contact the Superintendent of Police NRI & Women Wing at the following number:
Mobile No: 94635-77442
E-Mail Id:  nriwingbti@gmail.com

Comments / Discussion Board - Police in Ajitgarh