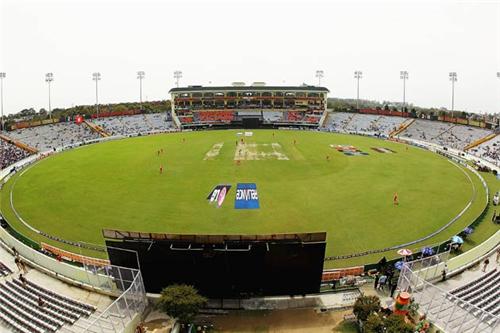 Ajitgarh is famous all over India for its commerce and industries. The government of Punjab now wants to turn the city into a center for various sporting activities as well. Apart from world famous PCA Stadium in Sector 63 (Phase 10) seven more facilities for various sports are now being built across the city. Once all these facilities become fully functional, Ajitgarh will truly become a Mecca for sports persons and sports lovers.

However, existing sport facility in Ajitgarh is not limited only to the PCA Stadium. The city also has an International Hockey Stadium located close to it. Moreover, a shooting range and a swimming pool located in phase 6 are also highly appreciated by the sports fraternity. The shooting range is called Markfed Shooting Range and hosts many national and local events.

The Punjab Cricket Association Stadium in Phase10 has been built in 1993 at the cost of Rupees 25 crores. It is the second best cricket stadium in whole of India and meets all kinds of international criteria. The stadium has been hosting many international test matches since its inception. For more detailed information on this stadium you may refer to our page on PCA Stadium in Ajitgarh. 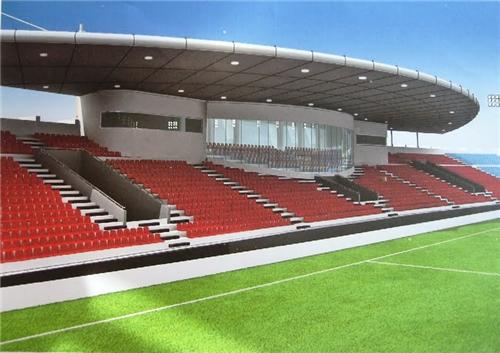 The International Hockey Stadium in Ajitgarh on the other hand is comparatively new. The construction of the stadium was started in 2011 and it took almost Rs. 42 crores to complete it. On 27th September 27, 2013 the stadium was inaugurated by the Chief Minister of Punjab.

The stadium is spread over 11.8 acres and has a sitting capacity of 13500. It has an advanced pink-blue Astroturf, which has been certified by International Hockey Federation. In fact, it is the only hockey stadium in India, which adheres to the Olympic standard. In addition to that, the stadium has all other international facilities such as a club houses, a gym and a restaurant. The government expects that such a stadium of international standard will encourage more people to take up the sports.

Apart from that, four other multi sport stadiums are also being built in sector 63, 65, 69, and 71. These stadiums will have swimming pool, toddlers pool, squash courts, lawn-tennis courts, badminton courts, gymnasium, table tennis, boxing ring, wrestling ring, cricket practice grounds, multipurpose football ground etc. Work on all these stadiums started in 2011 and is near completion. They are being financed by Greater Mohali Area Development Authority, which is an arm of the State Housing & Development Department.

In addition to the above mentioned facilities, the government plans to build several mini-gymnasiums and indoor sports complexes in different parts of the city. Several greenbelts have also been identified in different residential sectors, in which infrastructure for different sports such as basketball, badminton, volley ball and tennis will be built. The government has also promised to upgrade the shooting range and take it to the international level. 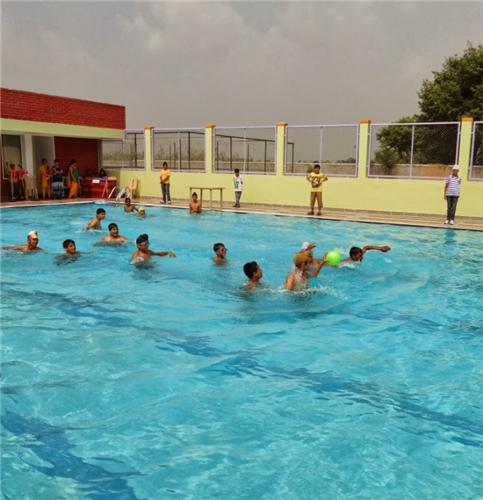 It is to be noted, that these stadiums will serve dual purposes. Apart from holding different sporting events, these stadiums will also be used for training of young aspirants. The stadium at Sector 78 will have a 200 bedded hostel facility for trainees and living accommodations for the coaches. Accommodations for foreign coaches will also be built in the International Hockey Stadium so that trainees can get the most modern trainings under expert coaches. .

In addition to that a swimming and a badminton coaching center have already been inaugurated in Sector 68 and sector 78. More than 500 swimmers and badminton players are receiving training under expert coaches at these centers. Indeed, Punjab Government is very keen towards elevating the level of sports in the state. They also want to attract more players by constructing these stadiums. Once all these stadiums become fully functional Ajitgarh will truly become the sports hub of India.

Apart from conventional sports, martial art is also gaining ground in Ajitgarh. Punjab Teakwondo Association, located in Phase1 near New Bus Stand, is one of the primer institutions in this field. The institute teaches the techniques for self defense without the use of weapons. These techniques can also be used for offense should the need arise. Interested persons can call them at 99886-63350 and find out in details. 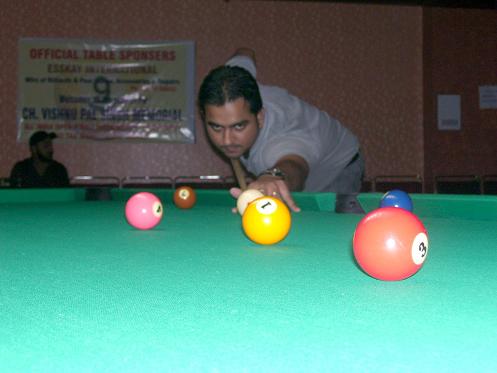 Sports in Ajitgarh are also patronized by many associations and clubs. Following are the names and contact details of few of them:

Comments / Discussion Board - Sports in Ajitgarh